Brother Paolo Raffaele Spinola of the lords of Roccaforte,  Knight of the Order of San Giovanni, Grand prior of Lombardy

Romano Fortunato Carapecchia (1666-1738),  to whom the present aspect is due.
Seat of the Parliamentary Assembly of the Mediterranean (PAM).

Palazzo Spinola, also known as Casa Spinola or Villa Spinola, was built in 1688 by the Order of the Knights of St. John and Father Paolo Raffaele Spinola, Grand prior of Lombardy from 1677 to 1692. Originally, the building had large and extensive gardens, including baroque gardens and vineyards.

According to the Latin inscription above the main entrance, the palazzo and it’s gardens were built for the entertainment of citizen’s and was used for cultural activities. From it’s edification, it was occasionally used as a summer residence by the Grand Master.

The present aspect is due to the design by Romano Fortunato Carapecchia, commissioned by Father Giovanni Battista Spinola, nephew of the first owner, who decided to widen and embellish it in 1733. The building is considered a masterpiece of secular baroque architecture in Malta, especially for it’s elegant clock with a unique craftsmanship.

The Palazzo was damaged during the French occupation of Malta and the crown that surmounted the clock on the façade was symbolically destroyed to mimic the expulsion of the order from Malta. The Palazzo was restored in 1826 and later bought by the Church.

The building rises on a hill whose view over the bay has diminished over the years due to increased building exploitation in the area. Originally it dominated the bay,  called Spinola Bay, or more formally St. Julian’s Bay.

It is currently the seat of the Parliamentary Assembly of the Mediterranean (PAM).

Freely drawn and translated from

Seat of PAM Parliamentary Assembly of the Mediterranean 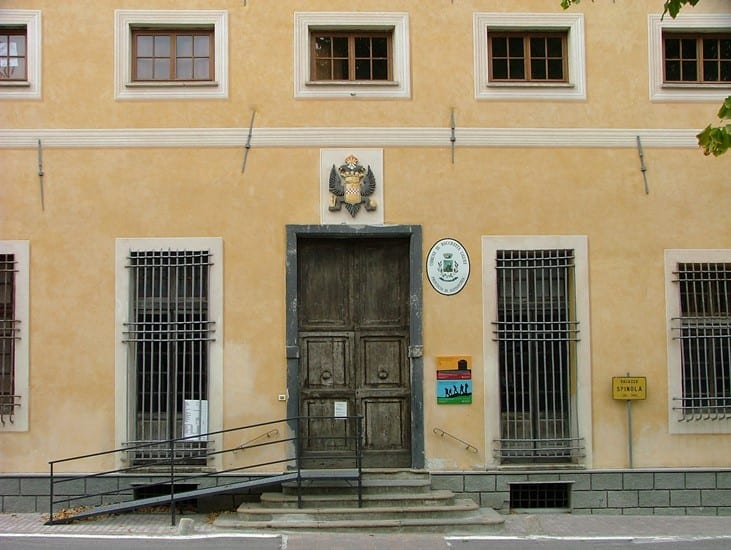